Metamorphosis is the horned baby of German musician and producer Boris Ascher,
who is responsible for all of the band's recorded material.
Founded around 1994, the band was seen live several times with a selection of other people.

In 1997, Metamorphosis contributed to the "Out of the Box" Vol.1 Compilation CD
of the famous Swedish label Black Mark Productions.

During the years from 1998 to 2010, Metamorphosis independently released
5 full-length albums including:

Seven years later, Metamorphosis rise again with their most ambitious work to date, 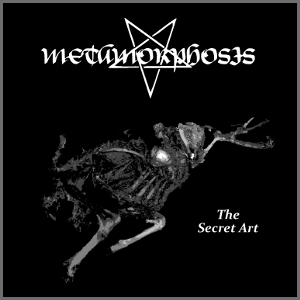 An album that draws inspiration from the antique sources of music and the occult.

Boris states:
"Classical music was a big influence for this album,
as well as certain gnostic and medieval rituals."

Due out for the dark season,
as death and transformation are main themes on this album.